I’ve produced breaking news with a fresh perspective in every job. Here are some of my best.

In October 2017, I traveled to San Juan for a day following a United Airlines crew on a humanitarian mission. Along the way, I found a young mother who left the bread factory she co-owns to join her parents in New Jersey. Read more here.

When a mass shooting overshadows a community

While locals (and some news reports) ran rampant with rumors about a shooting at the Art All Night festival in Trenton, I set out to dispel the misinformation. In the process, I shed light on a strong community that strives to rise above the reputation of crime preceding the state’s capital. Read more here.

Working overnight as a digital editor at USA Today, I saw tweets of a plane investigation. I quickly got confirmation from Colombian aviation officials, translating their statements from Spanish, and wrote the first drafts of our stories about the plane crash. This is one of several examples where my articles and news alerts were first among national news outlets. Read more here.

Albeit a team effort, I was the leading reporter at the scene of this grisly investigation. Perhaps the toughest jobs that week was one that came unexpectedly: informing relatives that their loved ones were killed in a murder-suicide. By treating the matter with sensitivity, I was able to connect with the family and offer exclusive coverage that was informative, yet respectful.

It began as a feel-good story about a smart teen pilot embarking on an ambitious world-round trip with his father. That story turned tragic when the small plane they flew crashed off the coast of American Samoa.. I followed that story from take off to its bitter end, chronicling the boy’s travel musings, developments in the investigation and their community’s reaction back home. Read more here.

While I chase immigration news in search of the New Jersey connection, I’ve also found stories that illustrate the impact these federal policies have on small towns across the Garden State.

Small children chased each other, yelling in English and Spanish, in the basement of a Freehold Borough church, as their parents served platters brimming with rice, Honduran-style fried chicken and American potato salad.

One by one, the guests filled their plates with the chicken and potato salad. Some tried their first cup of Inca Kola, a bright yellow Peruvian soda.

Most of the guests were white English speakers who had never met Latino churchgoers.

All this crowd had in common was their zip code, and that they were willing to show up. Read more here.

A story I covered for months went viral after Gov. Phil Murphy visited a church where undocumented immigrants claimed asylum (my live stream on Periscope). I followed these developments closely, highlighting one immigrant’s role in repairing homes damaged by superstorm Sandy as well as the tensions in Middlesex County. I led the coverage every step of the way, including the night when a judge preliminarily agreed to hear a class-action lawsuit that challenged their deportation. More on that here.

‘What are my kids going to do?’ Long Branch man faces deportation

Our interview with the Larios family gives us a glimpse into life without legal status, which mirrors the experiences of nearly 500,000 undocumented immigrants in New Jersey. Read the story here.

Sometimes authorities take action in an industry you’re investigating. That happened here, which means some of these details have come to light sooner than I anticipated. But it’s the first of several stories I plan to produce on the subject of “notario” fraud. Read the story here.

Despite legal status, these immigrants are being pushed out

Several immigrants with temporary status in New Jersey told the USA Today Network NJ that their renewed work permits have arrived in the mail months late in over the past two years, and six immigrants said they had run into problems with state agencies or their employers as a result. It’s a classic tale of bureaucracy at the state and federal levels leaving people in the lurch. Read the story here.

After media inquiries and complaints from residents, the group home operator mutually agreed to shut down a home it ran in the isolated, wooded town of Millstone. What residents and local officials didn’t know is that the group home had multiple violations, ranging from minor infractions to children working with adults whose background checks hadn’t yet been processed. Read the story here. 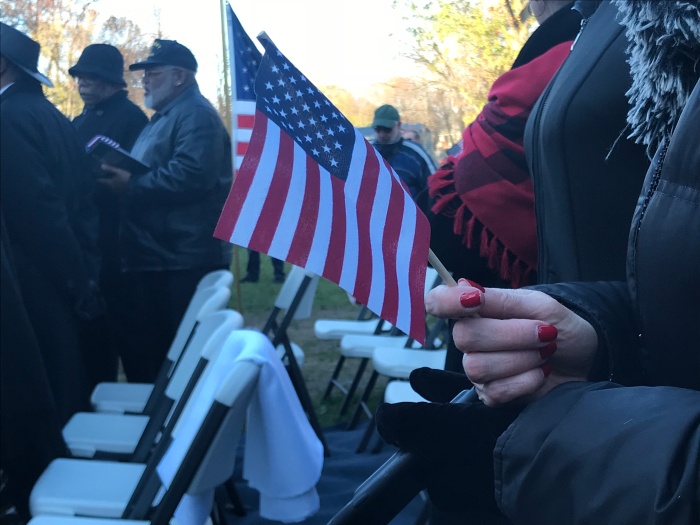 One family in Freehold, New Jersey, sent six young men to fight in World War II. They served in every branch and theater of the war, only to return to a country that didn’t appreciate them as they did other soldiers. The Lewis brothers were black.

Decades later, Freehold residents and dignitaries from across the state paid homage to the Lewis brothers. They gave thanks to the sole remaining veteran, Bigerton “Buddy” Lewis Jr. Read my story in the Asbury Park Press if you want to find out more about Buddy and his family. The borough historian, Kevin Coyne, has a book on Buddy and five other servicemen called Marching Home that offers great insight into what life was like back then.